10 Things You Should Know Before Investing in Iran 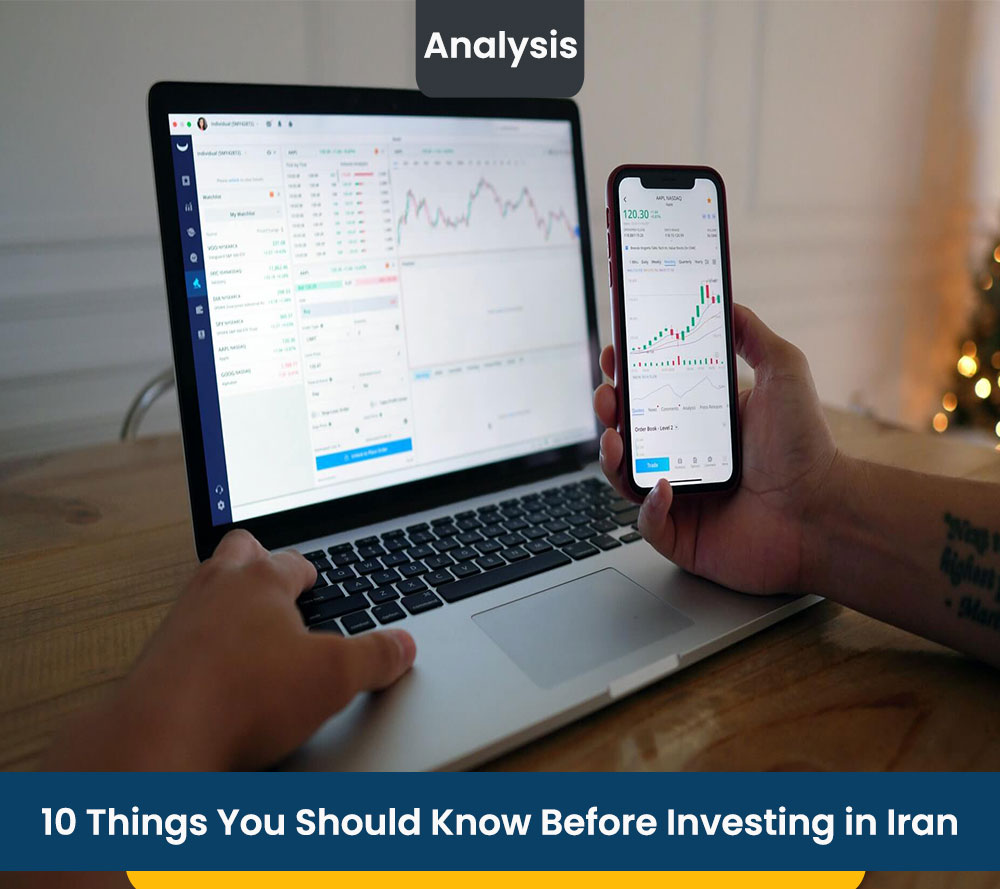 Things You Should Know Before Investing in Iran

10 Things You Should Know Before Investing in Iran

1. Setting up a Company in Iran

One of the best and fastest path for entering Iran’s markets is through registering a company. There are several types of companies in Iran, but the most popular ones are Limited Liability Company (LLC) and Private Joint Stock Company (PJSC). You need at least two shareholders to register a LLC and three for PJSC, and all shareholders can be foreign nationals. It usually takes around one months to register a company in Iran. You need to find a reliable and experienced lawyer to register your company as its procedure is somehow complicated.

2. Company or Branch: Which one should I choose?

While registration procedures of a company and a branch in Iran are similar, their purposes are completely different. According to laws of Iran, foreign branches can only be used for marketing purposes as well as conducting due diligence, research, data collection and also for liaising between parent company and Iranian business entities. On the other hand, a company is suitable for all business activities in Iran which include trading, investing, import & export, manufacturing etc. Therefore, as soon as you find your goals in Iran, you can choose between company and branch.

A foreign national cannot open a bank account in Iran unless he/she gets one-year Iranian residency visa as well as working permit. As obtaining such a visa and permit is difficult and time consuming, the better solution is to register a company in Iran. All companies that get registered in Iran are Iranian companies and therefore they can open bank accounts in Iranian banks.

Direct Taxes Act of Iran changed in 2016, therefore, you need to refresh your knowledge if you worked in Iran before. There are also indirect taxes in Iran which include taxes on imports and Value Added Tax (VAT). Currently, all companies pay 25% income tax and some of them also pay 9% VAT (depending on their businesses). A company will not be subject to any other taxes on the dividends or partnership profits it may receive from the capital recipient companies. It is recommended to employ a financial advisor to avoid tax penalties.

There are several free trade and special economic zones in Iran which have a few advantages for investors such as tax exemptions, no customs duties on imports from outside to the region, freedom of entry and exit of capital and profits, etc. However, it should be noted that most of these advantages are for manufacturing and exporting, therefore, it is not recommended for service companies to use these zones.

If you are the owner of a famous trade mark, you need to register it Iran before importing your products or using your brand in Iran. This is because the exclusive right to use a Trade Mark in Iran shall belong to the person who registers his Mark in accordance with the provisions of Iran Patents, Industrial Designs and Trademarks Registration Act (2008).

TM registration procedure takes nearly three months and several documents are required. It is noteworthy that Iran has been a member of the Paris Convention for the Protection of Industrial Property since 1998. Furthermore, on 25 September 2003 Iran acceded to both the Madrid Agreement and the Madrid Protocol on the International Registration of Marks with the World Intellectual Property Organization (WIPO). The Madrid Agreement and the Madrid Protocol came into force in Iran on 25 December 2003. 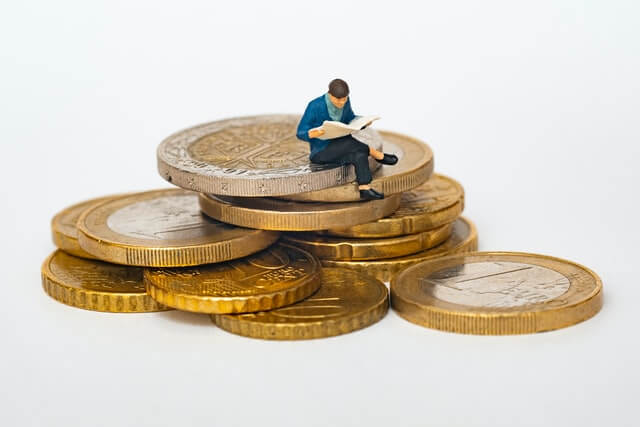 7. Purchasing or Leasing a Property in Iran

One of the main limitations for foreign investors in Iran is ownership of immovable properties such as a land. There is a regulation titled “Regulation of Acquisition of Properties by Foreign Nationals” (1939) which contains several rules regarding ownership of lands by foreign nationals.

This regulation generally allows the ownership of a land by a foreign national, however, its conditions and procedure are very complicated. Not only the location and reasons of buying the land is important, but also purchasing request must be accepted by “State Organization for Registration of Deeds and Properties”, “Ministry of Foreign Affairs” and most of the time by “Board of Ministries”!

So, this question arises that whether there is a solution for acquisition of a land by foreigners without such difficulties. The answer is yes. The best solution that we usually recommend is to register a company in Iran which is fully owned by the foreign national. As this company is registered in Iran, its nationality is Iranian (regardless of who owns its shares) so there is no problem in purchasing or leasing a land by such company.

Foreign national can lease a property in Iran and there is no specific limitation in this regard. 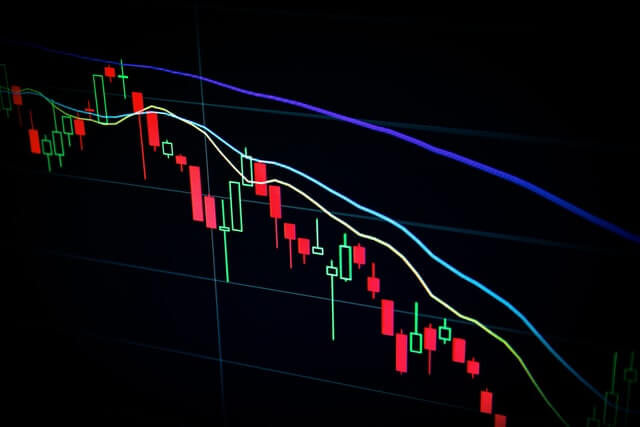 8. Signing a Contract in Iran

Foreign nationals can easily sign a contract in Iran. The Contract Law of Iran – which is incorporated into Iran’s Civil Code- is similar to many other countries in which the intention of parties to create legal relations is a principle of contracts. Therefore, it is possible for the parties to draft their own terms and conditions. It should also be noted that, there is no need for registering a contract in a state organization so that it becomes formal or valid. Parties’ signatures would be enough for this purpose.

An important point that should be considered when you conclude a contract with a company in Iran is that you need to be sure about the position of Iranian party in his/her company. In other words, you should sign a contract with the official signatory of the company or his/her representative so that your contract becomes valid.

9. Do I need an Iranian Business Partner?

Generally speaking, there is no obligation to have an Iranian partner for doing business in Iran. However, having Iranian partner or shareholder is required in very limited circumstances such as in Internet Service Provider (ISP) Companies. Furthermore, some businesses need an Iranian representative, for example all importers of cosmetic products have to appoint a representative in Iran.

Similar to many other countries, using Alternative Dispute Resolution (ADR) mechanisms such as mediation, conciliation, expert determination etc. depends on the parties’ agreement. In other words, such dispute resolution methods must be incorporated into the parties’ agreement so that it imposed on the disputing parties. Arbitration, as an ADR technique, also needs parties’ consent to become compulsory for them.

However, according to the laws of Iran, there are some specific disputes that must be preliminary dealt with by mediation or arbitration tribunal, for example stock market disputes or employment disputes.

It should be noted that Iran is a member of New York Convention, therefore, foreign arbitration awards can be enforced according to the terms of this Convention.

Going through litigation procedure in Iran is hard and time consuming, but it is not as bad as it may look. Judges are usually impartial and if you have enough evidence, you will most likely win the case. Iran has three-stage legal system which consists of court of first instance, appeal court and high court. Iranian courts also divided into civil courts and criminal courts.