Iran and Its Untold Opportunities-1 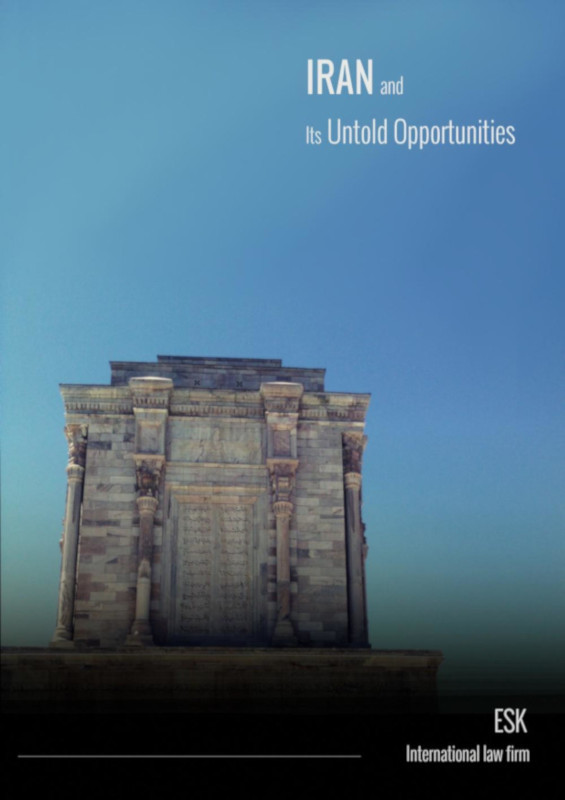 Iran and Its Untold Opportunities-1

“Businesses of all types, ranging from insurance companies to car manufacturers to shipping companies are now announcing that they will cease business with Iran”. “The United States today sanctioned an international network by which the Iranian regime and Russia…”. “On November 5, 2018, the United States fully re-imposed its sanctions on Iran that had been lifted or waived under the JCPOA”… All such news try to show that Iran is currently under a heavy burden of sanctions; but would it be a wise move to completely withdraw and leave the Iranian market?!

1. Iranian Population and Its Potentials

Here are two curves that show Iran’s population dependency ration and its window of opportunit. 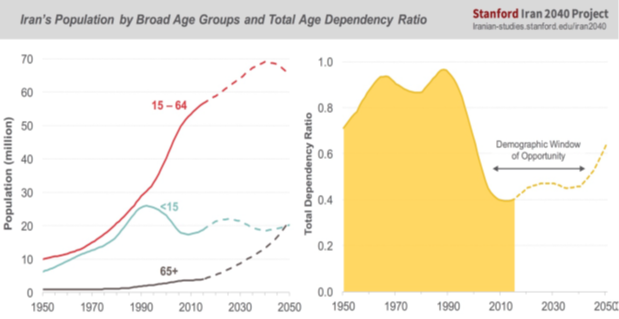 “The ratio of children (younger than 15) and elderly (65 and older) to the working age population (ages 15 to 65), known as the age dependency ratio, decreased from 0.95 in 1990 to 0.45 in 2005. With fewer dependents to support, Iran is currently in the midst of a demographic window of opportunity, which will last about four decades before its working-age population starts to diminish in the mid-2040s.” “Iran has reduced illiteracy among youths and has significantly increased its capacity for higher education. The total number of students enrolled at universities almost doubled between 2006 (2.3 million) and 2016 (4.3 million) with women constituting nearly half of student enrollments in higher education programs. By 2026, Iran is projected to accommodate a large number of highly educated people when more than half of the residents aged 25–34 are expected to hold a bachelor’s degree or higher.”

As it can be seen, the majority of Iran’s populations are between 20 and 40, who are educated enough and eager to achieve and bear high rates of economic growth and development. Two other reasons support this conclusion. One is the high rate of brain drain (1st in the worl), which shows the Iranian elites are starving for better life situation and the other is Iranian people are ranked as one the unhappiest people in the world which can be rooted in the big gap between their ideal living situation and current situation. “Iran’s chance of benefiting from its demographic window of opportunity boils down to creating as many jobs as possible, as quickly as possible-especially skilled and high-paying jobs to employ its large and well-educated labor force. This workforce can become the engine of Iran’s economic growth well into the future, before the share of its working-age population shrinks and the population grows older”.

On the other hand, by taking a brief look at the history of the relationship between Iran and U.S., one may conclude that this situation will not last long and soon it will change essentially because these two countries cannot continue to be foes and bear the cost. They both have many common fields of interest that can be the subject of new better and bigger deals. The new deals will require new investments. It is obvious whoever is currently active in the Iranian market will have the upper hand.

2. The Future of Iran’s Oil

“The unprecedented global support for policies to reduce carbon emissions along with the emergence of new technologies for the extraction of oil from unconventional resources has made it increasingly unlikely that Iran’s oil reserves will ever be exhausted. As such, determining [the] real amounts of Iran’s oil endowments and reserves – which has long been a subject of controversy – is of little practical value now. Rather, [the] focus should be devoted to assess[ing] the rate at which Iran can recover oil given its mature fields and underinvested infrastructure”.

“Iran has one of the most diverse economies among the oil-exporting countries in the Middle East. Nevertheless, the oil revenue still constitutes approximately 30% of the government revenues and more than 20% of the real gross value added. Iran’s oil and gas industry is in acute need of technology and capital. To this end, the Iranian government plans to absorb $150-200 billion for its upstream sector within its 6th national five-year development plan by offering some 50 oil and gas projects to international oil companies and foreign investors. The investment in this sector thus far falls under “buyback” contracts, which Iran introduced in 1989. Under such contracts, the project ownership reverts back to the National Iranian Oil Company (NIOC) after the development of the fields. To fix some of the issues with the buyback contracts, NIOC is trying to introduce the Iran Petroleum Contract (IPC), which is supposed to be more appealing to investors. One major obstacle against foreign investment in the Iranian oil sector is attributed to the fact that the Iranian constitution prohibits foreign ownership of natural resources. However, it has been announced that the new IPC models could potentially resolve this issue.

“Besides recent developments in the underlying principles of the global energy market that adversely impact oil-dependent economies, Iran, despite its vast reserves, faces significant hurdles to boost its crude production in the mid- to long-term. Having produced over 72 BBL of oil so far, Iran’s oil industry is moving to a new era where the natural decline of its mature fields can only be offset through exploitation of the hard-to-recover oil (e.g. heavy oil, EOR, and deep water). The pace of this transformation becomes much faster from the middle of next decade. It was estimated that the average annual decline rate of Iranian oil fields (including the impact of maintenance) to be 6.0%, average new well productivity in 2016 to be 1.7 kbbl/d with a year-over-year decline rate of 3.2%, and average gas injection yield of 4.0 kbbl/mcm. Based on projections for future production of individual fields, we expect Iran to soon boost its crude production capacity and reach 4.0 mmbbl/d. The production capacity was projected to reach 4.4 mmbbl/d before 2030, and stay at that level until 2040 provided that the future exploration and enhanced oil recovery projects are implemented successfully. Using the baseline crude price projections by the US Energy Information Administration (EIA), we project that the annual gross value of Iran’s crude will reach its 2011/12 record-high figure of $150B (in constant 2016$) around the middle of the next decade.

However, the above study shows the urgent need of Iran’s Oil Industry for new investments and technologies but the current situation is not suitable at all. Contracts with companies such as “Total” have been terminated but “there is an opportunity in every difficulty”. Energy Companies should take a closer look because eventually, the situation will be different as discussed above.