1. The Position of Energy Law in the Contemporary World

The significant role of oil and gas resources in the economic development of countries is undeniable. Energy as the driving force and the main factor of movement and production has a central place in the macroeconomic planning of leading countries. Iran, due to having the third-largest proven oil reserves in the world and the second-largest holder of fixed natural gas reserves, inevitably has to pay attention to this important area.

Oil and gas law is a sub-branch of energy law. There are many domestic and international laws and regulations to regulate the activities of persons and specialized parent companies in this field, including a variety of laws, regulations, bilateral and multilateral treaties, as well as international environmental laws and conventions to protect the environment against energy damages. On the other hand, activities related to the energy sector have a wide range and include the preparation of investment and financing contracts, exploration, development and operation, import and export.

With the passage of time and the emergence of shortcomings in the use of irreplaceable energies in industries and their harmful effects on the environment, during the last two decades, we have witnessed the arrival and development of renewable and clean energies, including solar energy around the world. This fledgling field also includes a set of rules and regulations at the domestic and international level, the knowledge of which is very important in order to operate in this field.

In general, energy rights no longer only include oil and gas rights, but also the exploitation and legal and financial regulations of renewable and non-renewable energy sources. Regulations governing the generation and transmission of electricity, nuclear energy, biofuels, non-carbon renewable sources such as solar, wind, water, and hydroelectric, are relatively new topics in the energy law. In proportion to the use of these energies in the activities of industries, specialized technical, engineering and legal disciplines have been formed as a result to meet the needs and ambiguities in this regard.

Activities related to the oil and gas industry are very extensive and complex and due to the overlap with several important branches of industry, require high knowledge and specialized skills in order to achieve the goals. The technical, economic, and political perspectives of energy research also add to this complexity. The birth and growth of many important interdisciplinary legal branches in the study of energy law, such as environmental law, intellectual property law, and international trade law, is evidence of this.

Iran also has a significant track record in energy law due to its long history of extracting oil and gas resources. Various legislative bodies in different historical periods in Iran have legislated in this field and by the formation of the Energy Commission, they have put this issue at the forefront of their attention. On the other hand, due to the pivotal role of oil in the country’s revenues, many companies related to the oil and gas industry, refineries, downstream industries, and oil and gas fields in the public and private sectors have been formed that link technical, engineering and legal disciplines.

Legally, oil and gas contracts cover a wide range, including concession, partnership, service, and construction contracts. In the current legal system of Iran, service contracts called “Buyback” and Iranian oil contract under the name of IPC, have been introduced as a new contract model in the Iranian oil industry. 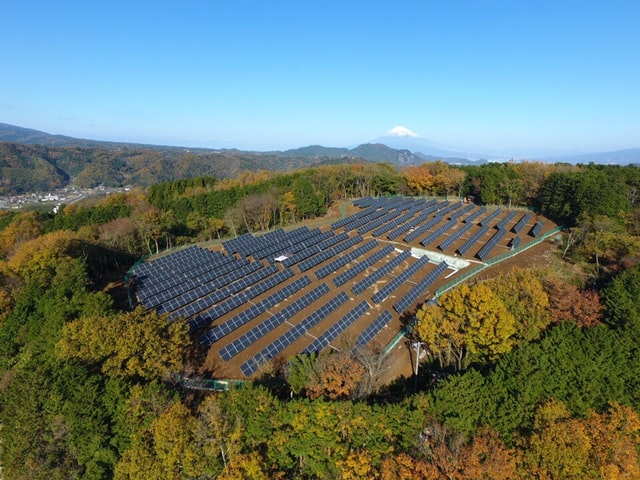 5. Specialized Services in the Field of Energy Law

The set of services provided by ESK Law firm in the field of energy law includes the following:

1. Providing legal advice in the field of energy, oil and gas to companies active in this field.

2. Drafting contracts related to the oil and gas industry.

3. Obtaining the necessary licenses from the Foreign Investment Promotion and Protection Organization (FIPPA).

5. Analyzing the legal compatibility of licenses to operate in Iran and reviewing the validity of contract documents.

6. Settling lawsuits in Iranian courts as well as accepting and conducting arbitrations and participating in energy, oil and gas lawsuits.

8. Providing specialized advice in the field of tax and customs laws in free zones and special economic zones.

9. Investigating the possibility of receiving financial facilities according to banking and financial rights and regulations of the country in the field of energy, oil and gas.

10. Conducting Due Diligence to invest or participate in a business of energy, oil and gas.

Our multi-jurisdictional group dedicated to the energy industry brings together commercially focused lawyers with a thorough and updated understanding of the various sectors of the industry and a sound knowledge of the latest international industry trends.

Based on the needs of each particular client and/or project, the team works closely with other specialists drawn from our tax, environmental, litigation and competition practices. Some of the Firm´s lawyers regularly contribute with articles on energy matters to generalist and specialised domestic and international publications, such as Sweet & Maxwell´s International Energy Law.

ESK energy team also counts amongst its members lawyers who have previously worked as in-house counsel for energy companies, which allows us to have an industry perspective of most of the major issues that energy companies face. Our practitioners are regular participants and speakers at energy conferences and seminars, both in their respective jurisdictions and abroad.

We advise companies, financial institutions and governments across the globe regarding a wide range of challenges across the whole spectrum of the energy and resources sector through a combination of pragmatic, commercial advice and innovative solutions.

Our lawyers provide a comprehensive legal service to our energy and resources clients in the following areas: upstream and downstream oil and gas, pipelines, LNG, refining and petrochemicals, power, renewable energies, water and mining.