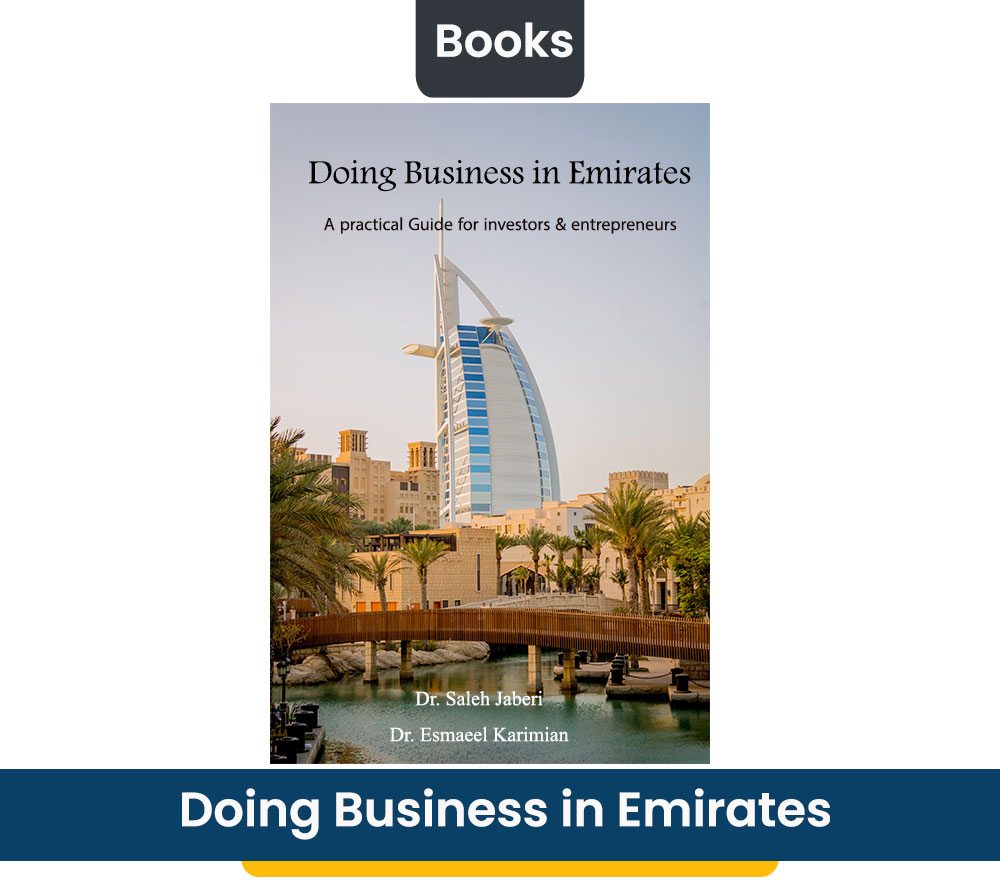 Doing Business in Emirates
A practical Guide for investors & entrepreneurs

The United Arab Emirates is a country in the Persian Gulf, located in Southwest Asia and the Middle East. The United Arab Emirates, as its name suggests, consists of 7 emirates: Abu Dhabi (which is also the capital of the UAE), Dubai, Sharjah, Ajman, Fujairah, Ras Al Khaimah and Umm Al Quwain. The UAE is a relatively young country and gained independence from the British government in 1971.

The UAE has become one of the richest countries in the world due to its huge oil and gas resources. Due to the use of oil revenues, the elimination of taxes, and the creation of a suitable platform for foreign investors, it has become one of the most attractive countries for foreigners. Furthermore, with the aim of independence from the oil revenues, the UAE has focused a lot on tourism and has turned Dubai into one of the world’s tourist destinations.

Investing in the UAE often begins with the establishment of a company or branch office, and then the necessary workforce must be hired and business contracts should be concluded. In the book written by the members of ESK Law Firm, all the points necessary to enter the commercial markets of the UAE have been briefly discussed and useful information has been provided to the readers.

After describing the political and economic structure of the UAE, this book deals with foreign investment in the UAE, which describes the methods of establishing various types of companies and the necessary documents. Then the tax and employment laws in the United Arab Emirates have been examined. Supporting intellectual property rights, competition rights, stock exchange markets, the banking system, and studying in the UAE are other main topics discussed in this book. Then, the judicial system and the courts of the UAE are mentioned and the use of alternative methods such as arbitration and centers providing arbitration services are also mentioned. Iran’s commercial relations with the UAE and the entrance of Iranian businessmen to this country form the final part of this book.

The guidebook also includes a summary of important areas of concern to all investors in Emirates: establishment of companies, competition issues, taxation, employment, intellectual property protection, trade and import and export rules, as well as dispute resolution issues.

ESK Law Firm has been advising Iranian companies on expanding their global presence and multinational companies on operating in China.

As Beijing further lifts restrictions on foreign investment to stimulate economic activity, many foreign investors are well-placed to benefit from a market where new opportunities continue to emerge in a range of different sectors.