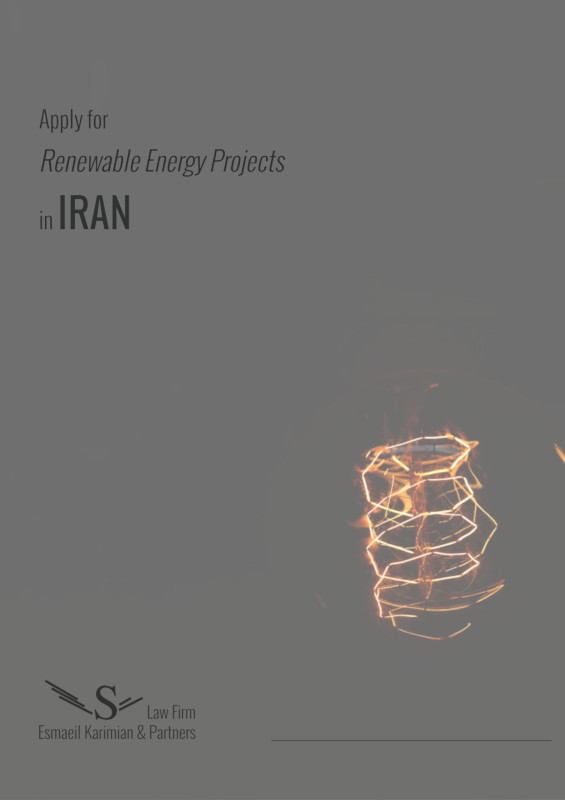 The Middle East energy production sector is dominated by low priced fossil fuels that can present economic and environmental issues. Presently, the use of renewable energy is gaining political attention and many Middle Eastern countries are putting in place ambitious renewable targets, particularly in light of increased electrification and demand in the region. Iran is no exception to this trend. Although Iran’s geography and climate are highly suitable for the various forms of renewable energy technology, it currently is only producing 0.8% of its energy from renewable sources. The renewable energy sector comprises of mainly wind, biomass, solar and hydropower.

To enforce Energy Consumption Act, two organizations “Renewable Energy Organization of Iran (SUNA)” and “Energy Efficiency Organization of Iran (SABA)” merged in 2017 which led to creation of “Renewable Energy and Energy Efficiency Organization (SATBA)”. In Article 1 of SATBA’s establishment it is pointed out that this organization is recognized to promote efficiency and develop clean and renewable energies by setting the right infrastructure in the country, increasing the efficiency and reducing the loss of transmission, distribution and consumption. In Article 2 it is declared that the engagement of the private sector and supporting it, setting the incentive policies, developing renewable energies in industrial level and accomplishing the target are at the top organization’s agenda.

To set up a power plant and start commercial operation, few steps have to be taken:

¢ Step One: Foreign nationals have to register or take over a company in Iran before applying for the SATBA’s license. There is no regulation about the type of a company, but the most popular ones are Limited Liability Company (LLC) and Private Joint Stock Company (PJSC).

¢ Step Two: A few documents must be given to SATBA so that it issues a Construction license for the project. They include Company’s documents, feasibility study report, Coordinates of selected land, filled up application forms and a commitment letter.

¢ Step Four: After all required permits obtained by applicant, a Power Purchase Agreement will be signed between applicant and SATBA. SATBA provides power purchase agreement (PPA) model to be entered into with the private investor which guarantees electricity purchase for 20 years.

¢ Step Five: The investor can start construction of the renewable power plant on the acquired land under the terms and conditions of SATBA license and other permits.

Below chart also shows the timelines of license acquisition and implementation stages of renewable power plant projects in Iran. 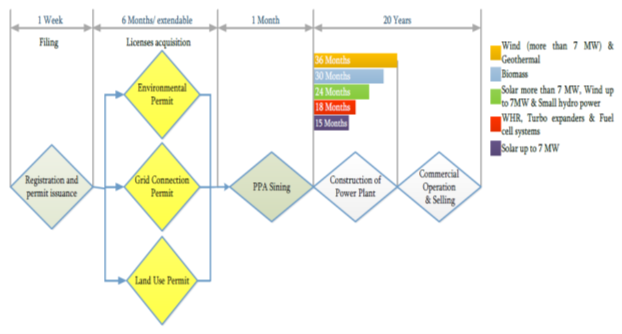 Below limitations are applied by SATBA:

The current guarantee purchase tariff rates as announced by SATBA are as follows: 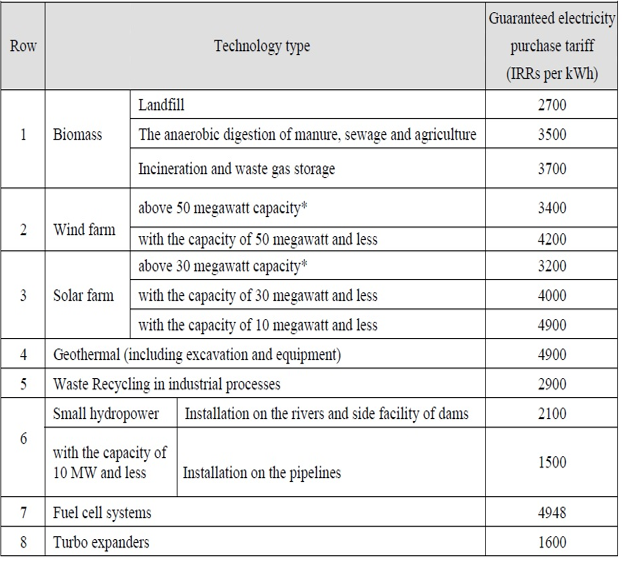 Despite current challenges, Iran is an exciting new market for renewable energy, with a high demand for electricity and numerous incentives from the government to encourage a switch from hydrocarbons to renewable energy. The biggest challenges faced by developers are the bankability of renewable energy projects in Iran and attraction of foreign investments. But the reality for the developers is that the tariff rates offered by the government are declining year by year and will soon reduce to be competitive with the rates offered elsewhere in the region. Developers entering the market today may take some risk but they will reap greater rewards for the next 20 years in the form of higher tariff rates that will be offered in the near future.