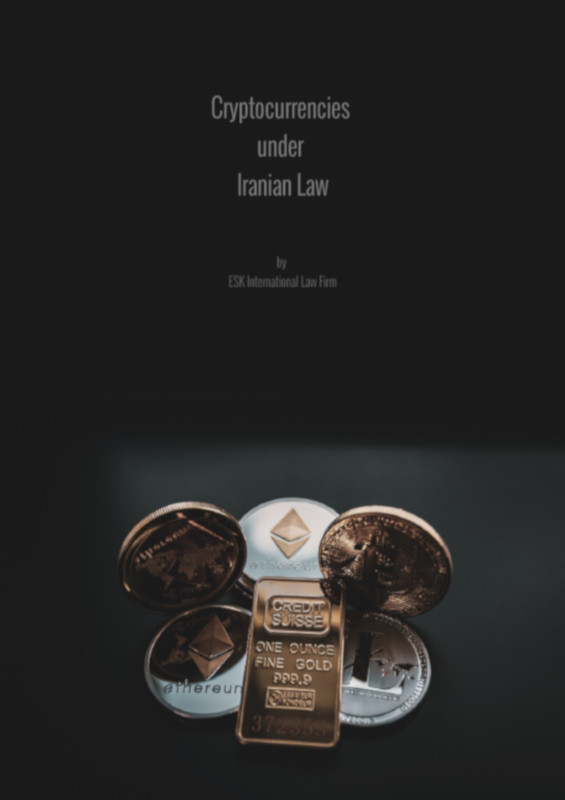 A cryptocurrency is a digital asset designed to work as a medium of exchange that uses strong cryptography to secure financial transactions, control the creation of additional units, and verify the transfer of assets. Cryptocurrencies use decentralized control as opposed to centralized digital currency and central banking systems. Bitcoin is one of the main types of such currency that raised many controversial discussions in Iran.

2. Is There any Law about Cryptocurrency in Iran?

Looking into Iranian laws and regulations, there is no official rule about cryptocurrency in Iran, however, Central Bank of Iran (CBI) has issued few instructions in this regard. The main instruction of CBI issued on 22/April/2018 which states: “The use of BitCoin and other virtual currencies is prohibited in all monetary and financial centers of the country”. It further states: “All branches and subordinate units of banks and credit institutions should avoid the sale or purchase of any of these currencies or take any action that would facilitate or promote these currencies”.

Iranians, an experienced population on sanctions, would like to use cryptocurrencies to diminish the impacts of sanctions. Since the nation, for the time being, does not have direct access to world economy such as the use of Visa and MasterCard, therefore the people of Iran have embraced the use of virtual currencies in order to be a part of this global economy and mostly a part of international transactions.

4. Is Bitcoin Mining Legal in Iran?

It is verbally accepted by related authorities in Iran that Bitcoin Mining is a new industry that should receive more attention and it must be regulated as soon as possible. However, there is currently no rule about it and therefore it is not illegal. CBI and National Cyberspace Council of Iran have emphasized the necessity of enacting proper laws about virtual currencies to avoid money laundering and to define a clear platform for using Bitcoin in Iran.

According to the Tehran Times, Iran is currently in negotiations with eight foreign nations as part of efforts to incorporate cryptocurrency payments into international payment transactions. This move comes as the country looks for ways to counter US-led economic blockade. Iran’s economy has been hobbled by banking sanctions that effectively stop foreign companies from doing business in the country. But transactions in Bitcoin, difficult to trace, could allow Iranians to make international payments while bypassing the American restrictions on banks.

The Iranian government has been slow to recognize the potential sanctions-evading possibilities of Bitcoin. But it is now considering the establishment of exchanges to facilitate trading, one official, Abdolhassan Firouzabadi, said recently. Despite the failure of Venezuela’s state-backed cryptocurrency, the Petro, Iran’s central bank said recently that it was seriously considering creation of something similar, possibly called the Crypto-Rial, named after the national currency, the Rial.

7. What the Future Holds for Cryptocurrencies in Iran?

Central Bank of Iran still hesitates to recognize virtual currencies whether to be used in Iran or in foreign transactions. As mentioned in CBI Instruction, “virtual currencies have the potential to become a tool for money laundering and financing of terrorism and, in general, a resource for transferring criminals’ money”. On the other hand, authorities trying to regulate these currencies to benefit from its advantages such as circumvention of sanctions and facilitating international trades. As a result, it is only a matter of time before new rules enacted regarding cryptocurrencies in Iran and therefore we will hear more about it in the future.