Publications Newsletters 2019 Importation and Distribution of Medicines in Iran 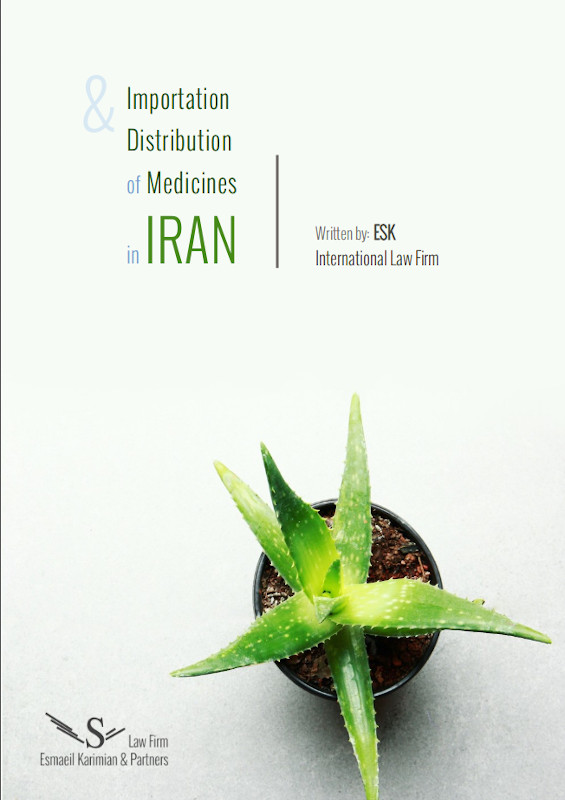 It is the basic responsibility of the governments to ensure that drugs to be used by the public meet the established standards of quality, safety, and efficacy. Moreover, importing, manufacturing, sales, and distribution of drugs must be investigated, supervised, and regulated by regulatory organizations. As a general principle, the aim of all pharmaceutical laws should be to protect patients. Hence, pharmaceutical system, in contrast with most of other business sectors, has always been exposed to more governmental interferences. Food and Drug Organization (FDO) of Iran is in charge of regulating all issues related to the pharmaceutical sector and responsible for issuing license/permit for importation and distribution of medicines in Iran.

Iran imports about $1b worth of medicines annually, most of which pertain to cancer and rare diseases, said the head of the Union of Medicine Importers. European countries and the US are the main exporters of medicines to Iran while a major part of raw materials required by the domestic pharmaceutical industry are imported from China and India.

According to the Law of Medical, Pharmaceutical, Edibles and Potables (1955), and subsequent amendments, which is among the oldest integrated laws related to medicines in Iran, importing, exporting, selling, and purchasing medicines without acquiring a license from the Ministry of Health (MOH) is considered as a crime (3rd clause). In Article 14, it is specified that a permit from MOH is required for the following: Importing any form of biological products such as serum, vaccine, pediatric nutrition, or medicines from foreign countries either by private or public sector; medicine clearance; manufacturing any type of medicines or biological products; and medicine supply and sell or export.

There are several other pharmaceutical legislations in Iran such as Act of production and importation of pharmaceuticals and subsequent amendments (1989), Prescription Survey Committee Act (1996) and Pharmaceutical Distribution Act (2006).

3. Get the License for a Pharmaceutical Company

After a company is registered in Iran, it needs to apply for a license from FDO before it can produce or import medicine into Iran. Regulation of “Criteria for Obtaining License of the Pharmaceutical Company” issued by FDO in 2015 which states that two subdivisions of FDO are responsible for issuing this License and also listed documents required to apply for it.

A company should provide below documents to apply for license of activity:

¢ Company’s registration documents with the subject of activity in pharmaceutical products;

¢ Documents of latest changes in the board of directors, address and subject of the Company;

¢ Criminal Clearance Certificates of board of directors and CEO;

¢ Letter of nomination of Technical Attendant;

¢ Copy of Business Card of the CEO;

4. Provision of Appointing an Exclusive Representative

Considering principles of contract law, parties are free to define the scope of their working relationship and legislator should not limit parties in this regard. However, to control the procedure of importing and distribution of pharmaceutical products in Iran, Food and Drug Organization (FDO) set out several regulations including necessity of becoming an exclusive representative in Iran before importing medicines into the country.

A Regulation called “The Regulation of Medicine Registration and Importing” was issued in 2007 and updated on 11/17/2015 by FDO. According to Article 1.1 of this Regulation, every legal entity can request the registration and importing of its intended medicine if it is the exclusive representative of a licensed [pharmaceutical] company or exclusive representative of owner of a Sale Permit called “PLH/MAH” [Product License Holder /Marketing Authorization Holder].

6. Appointing a Pharmacist as Technical Attendant

Qualifications and duties of technical attendant clearly stated in Articles 10 & 11 of the “Regulation of Medicine Registration and Importing”. He/she has to be Iranian with no criminal record and must be holder of a permanent pharmacy license. Technical attendant cannot be a member of board of director of Importer Company, and his/her qualifications must be approved by FDO.

7. Request for Registration and Importation of a Medicine

After a company registered in Iran, obtained license for activity in pharmaceutical industry, become an exclusive representative of a foreign company in Iran and appoint a technical attendant; it can apply for registration of a medicine in FDO. Such registration is required to get import permit and then advertise and distribute a medicine in Iran.

Several documents required to register a medicine in FDO which mainly include filled up application forms, representation certificate, technical attendant certificate, details of foreign producer/license holder, medicine Dossier, GMP certificate, etc. It should also be noted that the medicine applied for must be registered in another country and have a history of consumption. Importer also required to provide documents of pricing to FDO and also conclude a contract with a licensed distribution company in Iran