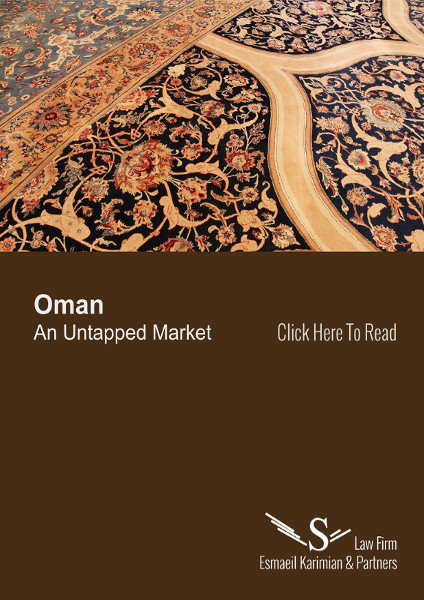 1. Why You Should Consider Oman’s Market?

This is the first question that we asked ourselves before choosing Oman as a target market for expansion of our services. We have reviewed many articles and authorities’ interviews and even went through documentaries made about Oman. Our conclusion was interesting: “Oman is like UAE in twenty years ago”!

Many economists and entrepreneurs believe that UAE has reached it business saturation threshold and therefore it is very difficult to start a fresh business and compete with strong and deep-rooted companies. On the other hand, by offering attractive investment and trading regulations, Oman becomes a virgin land for new sprouts.

¢ The Sultanate of Oman was formed in 1970 upon the accession of Sultan Qaboos bin Said Al Said, who has ruled ever since.

¢ Oman is the second largest country after Saudi Arabia in the Arabian Peninsula. Its stretches over 309,500 square kms, encompasses a diverse range of topography, including mountain ranges, arid deserts and fertile plains. It shares borders with the Republic of Yemen to the southwest, the Kingdom of Saudi Arabia to the west and the United Arab Emirates to the north. The current estimated population is 4.5 million, of which almost 46 percent are expatriates employed in arrange of industries. As an oil rich state, Oman has sought to diversify its economy, particularly in tourism, logistics and industrial manufacturing.

¢ Arabic is the first language, with English widely spokenand used in business. All Ministerial correspondence and Royal Decrees are published only in Arabic, although unofficial English translations are usually available.

¢ Oman is a monarchy and the source of law-making power sits with His Majesty the Sultan as the Head of State. His Majesty the Sultan promulgates law by issuing Royal Decrees. Other laws which are subordinate to Royal Decrees (in the form of decisions and regulations) are issued from time to time by Ministers and other Government officials as well as the administrative units of the Government, whose law making powers are defined by reference to the Royal Decrees that set them up. It also has introduced two councils:

¢ Oman has a Basic Law (Royal Decree 101/1996), which is in effect the constitution of Oman. It contains many provisions usually seen in a state constitution. The law has 7 chapters and 81 articles dealing with every aspect of the State Apparatus and fundamental human rights. The Basic Law guarantees the equality of all citizens before the law, freedom of religion, freedom of speech, a free press and the right to a fair trial. It lays down a legal framework for all future legislation.

The Commercial Court has jurisdiction over commercial disputes. As Oman is a civil law jurisdiction, judges have freedom to interpret agreements in a way in which, in their opinion, the original intentions of the parties are reflected. This could extend to amending a contract if the judge feels the amendment would more accurately reflect the parties’ original intentions.

A long term approach and focus on relationship building are essential for successful market penetration and for sustaining market share. Local partnerships or agents often play a crucial role in product promotion and marketing in this market. The success of a product, in many cases, will depend on the local agent.

A dozen or so family owned business groups dominate Oman’s market. The main groups are:

To establish your business in Oman you need to be represented locally by someone at the level of decision maker. The options include:

¢ branch office, which is only applicable for contracts with Omani government or quasi-government entities;

Under Oman law, the general position is that every foreign company wishing to conduct any commercial or business activity in Oman requires to be licensed and registered as a company in Oman. This stems from the Foreign Capital Investment Law (Royal Decree 102 of 1994) (“FCIL”). The FCIL, read together with Oman’s commitments to the World Trade Organization, results in the conclusion that a foreign company cannot hold more than 70% shareholding in an Omani company. The balance 30% must be held by Omani nationals (individuals) or an Omani company owned entirely by Omani nationals. This is applicable to most sectors.

The rial or OMR is the currency of Oman. OMR is one of the highest value currencies in the world, and with a still healthy oil industry filling the government coffers, Oman could be well poised in the coming decades – as long as the government continues to invest and reform the economy. The Omani rial has been pegged to the USD at a rate of 1 OMR to 2.6008 USD since 1986. Prior to that it was valued at 1 OMR to 2.895 USD. Its high value makes the Omani rial the third highest value currency in the world after two others from the Middle East: the Kuwaiti dinar and the Bahraini dinar.

The prima facie of such a strong currency is that absorbing foreign investment is difficult due to conversion rate and high costs of employment. However, implementation of a project through joint venture with an Omanis partner reduces many of the costs and increases interest of the project. Moreover, OMR rate has created a great market for importing various products. In 2016 Oman imported $28B, making it the 63rd largest importer in the world. During the last five years the imports of Oman have increased at an annualized rate of 2.3%, from $24.9B in 2011 to $28B in 2016. Oman main imports are: transport equipment (24 percent of total imports); electrical machinery and mechanical appliances and parts (18 percent); mineral products (14 percent) and base metals and articles thereof (13 percent).

As implied before, foreign companies and individuals are generally required to have an Omani partner with a minimum 30% shareholding in order to form an LLC. Minimum share capital of OMR 150,000 ($390,000) is required to register an LLC with foreign participation in the mainland. Many of new and small businesses cannot afford such requirements and therefore they need to find alternative solutions. One of the best solutions is starting a business in a Free Trade Zone of Oman.

There are currently three free zones (Sohar, Salalah and AlMazunah) in Oman, as well as a special economic zone in Duqm. Each zone has its own features:

Full exemption from customs duties on goods imported into the free zone. Businesses may be 100% foreign owned and tax exemptions are allowed for up to 25 years for companies established in this free zone, the free zone also allows relaxed Omanization rates. Located close to Port of Sohar and Sohar Industrial Estate, this free zone is aimed at attracting investment in the metal and steel, food and logistics sectors.

Located in the south of the country near to Oman’s second city, Salalah, this free zone offers competitive labour and infrastructure costs compared to other regions in order to attract investors in the chemical and material processing, manufacturing, assembly and logistics sectors. Income tax exemptions are available for up to 30 years. Full foreign ownership is permitted and customs exemptions are available. There is no minimum capital required to set up a company located in this free zone and there are relaxed Omanization rates applicable to such companies.

This free zone is located in the Dhofar region, in the South West of Oman, to attract investors in the trading, light industry and assistant services sectors. Income tax exemptions are available for up to 30 years. Full foreign ownership is permitted and customs exemptions are available. There is no minimum capital required to set up a company located in this free zone and there are relaxed Omanization rate applicable to such companies. Additionally, Yemeni nationals are permitted to work in the zone without visas or work permits.

With its 1777-sq-km area bordered by an 80-km Arabian Sea coastline, the DESZ is strategically placed as a gateway to and key hub for the Middle East, North and East Africa, and South Asia. The zone is made up of several areas, namely: port and dry dock, fishing port and fisheries industries, industrial and logistics areas, tourism and educational areas, filters and petrochemicals complex, New Duqm town and Duqm airport. Incentives offered to investors in the special economic zone include competitive land lease rates, a 30 year income tax exemption and full customs exemptions. 100% foreign ownership of businesses is also permitted.