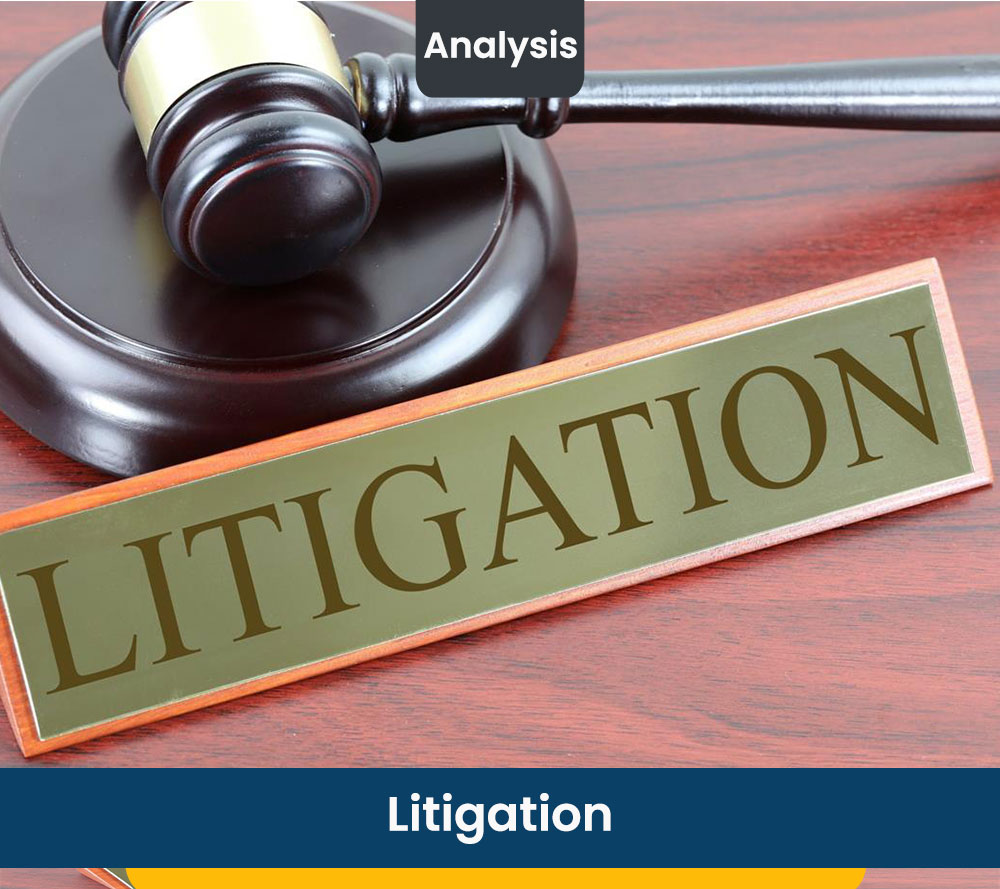 Going through litigation procedure in Iran is hard and time consuming, but it is not as bad as it may look. Judges are usually impartial and if you have enough evidence, you will most likely win the case. Iran has three-stage legal system which consists of court of first instance, appeal court and high court. Estimated time for taking care of a case in a civil court ranged between 6 months to 2 years.

Almost all information needed for a foreign investors about litigation in Iran provided in this section.

Estimated time for taking care of a case in a civil court ranged between 6 months to 2 years. Time-consuming procedure usually imposes considerable legal costs on the disputing parties; therefore, many companies prefer other methods of dispute resolution, especially arbitration, over litigation.

Criminal division of the Iranian courts are competent to hear Criminal cases brought before them by people or by prosecutor. All kinds of crimes such as fraud, robbery, treason etc. are dealt with in criminal courts. The Law that governs the civil courts is Criminal Procedure Code enacted in 2014.

These courts have been divided from civil courts with jurisdiction to hear family related issues such as divorce, dowry, children etc.

According to Act of Establishment of General and Revolutionary Court, these courts established with jurisdiction to hear serious crimes.

These Specific Courts established to deal with crimes that are committed by military persons. Unfortunately, there is no court in Iran’s legal system with sole jurisdiction of hearing commercial matters. Therefore, commercial disputes are filed in civil courts and sometimes are filed in criminal courts (e.g., when there is an economic crime). This is another reason for appealing of ADR methods over litigation. 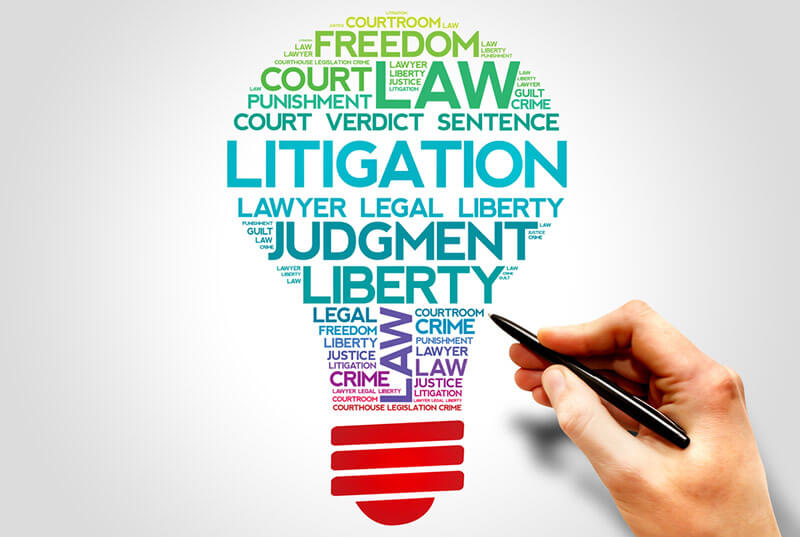 3. Levels of Civil Court in Iran and Their Jurisdiction

In accordance with Article 11 of the Iranian Code of Civil Procedure, the competent court for hearing a civil action is the court of the defendant’s domicile. The legislator has not made any distinction in that respect between foreigners and nationals. Save in cases where the parties have agreed on the jurisdiction of a different court in the contract or in a separate agreement, the case shall be heard before the court of the domicile of the defendant.

3-1. The Court of First Instance

If the plaintiff is willing to bring an action in Iran, such action would be commenced before the Public Tribunal. Public Tribunals are divided into civil and criminal chambers.

The Public Tribunals are subject to the principle of a sole judge. All procedures and investigations are either carried out personally or under the supervision of this judge who also declares the closure of the proceedings and renders judgment.

To file suit, the claimant must submit his statement of claim and copies of all relevant documents to the registry of the bureau of the First Chamber of Public Tribunals in duplicate and, in case of plurality of defendants, in as many copies as the number of defendants plus one.

The President of the First Chamber, who is an important judicial figure, shall refer the file to one of the Chambers of the Public Civil Tribunals.

He is the sole person vested with the power to choose the Tribunal that will investigate the case and neither the parties, nor any other authority, can prevail himself of this right.

Once the case has been distributed, the designated Tribunal shall fix the day and time of the hearing, send a copy of the statement of claim and documents to the defendant(s) and summon the parties for the hearing. If the defendant is domiciled abroad, the date of the notice shall be at least 2 months prior to the hearing.

Articles 183 et seq. of the Iranian Civil Code provides clear and precise regulations on the question of contracts. This section of the Civil Code was ratified by the legislature in 1928 and although the civil law underwent a few modifications and amendments, particularly in the domain of matrimonial law, in 1982 and 1991, the sections regarding contractual principles are unchanged.

Apart from the Civil Code, there exist precise and well – defined regulations regarding commercial transactions and the legal relationship between merchants and commercial companies in the Commercial Code.

This law was enacted in 1932 and the section relating to Public and Private Joint Stock Companies was passed by the legislature in 1968.

The parties to a claim are free to appear personally at the hearings or to elect attorneys. The courts hear all parties and record their pleadings in the minutes of the hearings.

If evidence is to be administered by witnesses, they are summoned to provide testimony before the judge at the time fixed by the court.

Should expert evidence be required in a case, the parties are free to introduce it at their own initiative.

As in other civil law jurisdictions, it is also common for the Court to appoint its own expert, usually after receipt of any expert evidence by the parties.

To assist Courts in dealing with experts, an Association of Legal Experts of the Judiciary was established in 1979. 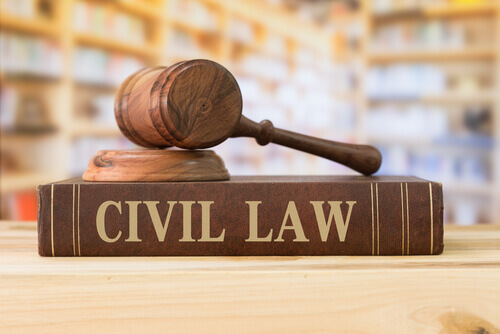 According to the law, the Legal Experts of the Administration of Justice are independent from the State and the Judiciary.

Expertise licenses are issued by the Association of Legal Experts to individuals who meet the legal requirements. Disciplinary action against the Experts and the suspension or annulment of their expertise permits is vested in the Association of Judicial Experts Iranian courts proof and apply foreign law where necessary in the same manner as European civil law courts, that is to say through expert evidence supplied by the parties or by the Court’s own appointment of an expert in the foreign law.

The rule of conflict of laws in contracts is defined in Article 968 of the Civil Code which provides that “obligations resulting from contracts are subject to the law of the place of conclusion of the Contract, unless both contracting parties are foreigners and have subjected it expressly or impliedly to another law”.

An Iranian judge will therefore determine the law applicable to a contractual obligation with reference to the said Article.

The judge personally hears and assesses the claims and the grounds invoked and, if necessary, refers the matter to experts and uses their findings.

After completion of the hearings, the judge pronounces the termination of the proceedings by rendering and notifying his decision to the parties.

The party against whom the judgment is rendered is entitled to appeal the decision within 20 days as of notification of judgment (at his domicile by the process-server or in person at the court for actual service) if he resides in Iran or within two months if he resides abroad. 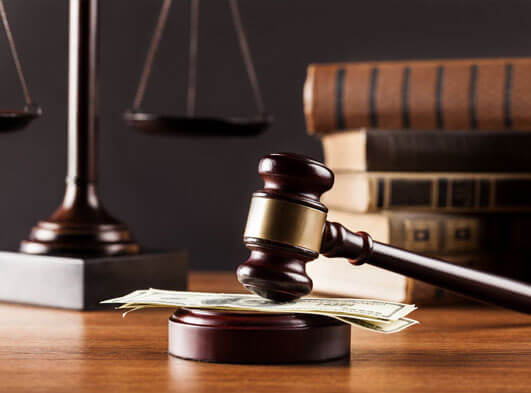 A Court of Appeal is established at the capital of each province in order to act as an appellate instance for decisions subject to appeal and rendered by the Public Tribunals under its jurisdiction. The Courts of Appeal may be divided into several chambers if there is an influx of matters.

The appeal is heard before the Provincial Court. This court is comprised of three more experienced judges (these judges should normally have a judicial experience of a minimum of 15 to 20 years).

Two judges oversee each case and, if they achieve a concurring opinion, they render their decision and if they have differing opinions, they are joined by a third judge and the court’s ruling is rendered with a majority of two out of three votes.

As in the case of Public Tribunals, the cases are distributed to the chambers of the courts by either the President or the First Chamber to the exclusion of any other authority or person.

The Provincial Court hears the arguments of the appellant and, as with the Public Tribunals, the judges of the chambers review the grounds invoked at this stage. The Court of Appeal affirms the first instance judgment if it finds it to be correct, or dismisses it and enters judgment according to its own opinion.

The Court of Appeal can review the case on both the facts and the merits and may hear witnesses either at the demand of the parties or at the initiative of the judges.

A further appeal exists as of right to the Supreme Court of Iran for commercial / civil matters with a value of greater than IR Rls 30 million. The Supreme Court is seated in Tehran.

However, if the Head of the Judiciary deems it necessary, its chambers can be established in other cities. The Supreme Court is divided into civil and criminal chambers, the numbers of which (currently at some 40) may vary according to need.

The most essential function of the Supreme Court is to oversee the correct application of the law by hearing through its chambers, the appeals made against the judgments rendered by the Tribunals in civil and criminal matters.

Appeals to the Supreme Court are conducted in writing. The Supreme Court only reviews the cases from a formal point of view and the correct application of the law and does not enter into the merits.

Two members of the chamber review the cases and enter judgment after consultation or rather deliberation.

In case of a difference of opinion between the two members, they are joined by a third member, designated by the President of the Supreme Court, and the majority ruling will prevail.